Tonight I have some completed work from a couple of projects, plus some new arrivals. so hopefully something for everyone to appreciate/marvel at :)

First up, I have FINALLY completed a unit of 15 Old Glory War of 1812 militia - I think they are intended to be US militia but by carefully finding the ones who seemed the most "uniform" I have painted them as generic Canadian militia instead.....

The same view basically using two different settings on my phones camera - not quite sure what the difference is, I only just noticed the setting this evening! 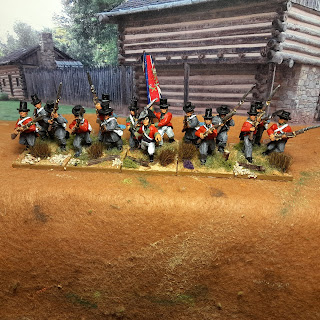 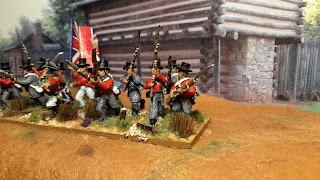 Close up of the left of the line... 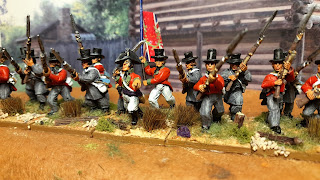 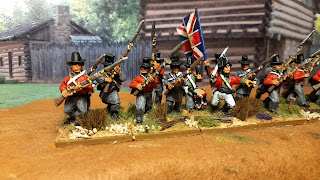 ....rather predictably, a close up of the right of the line
Next up, five new figures for the Border Reivers project. These are The Assault Group Border Militia and this time, I have painted them as intended, ie as English rather than Scots troops 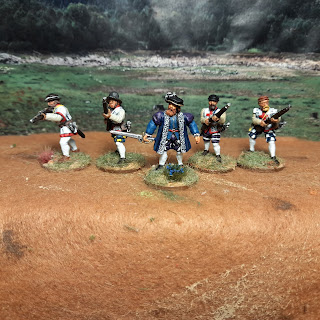 These are all very nicely detailed figures and come with the cross of St George sculpted onto their cassock, making them very easy to paint.
Finally, some new arrivals. A few weeks ago I saw another blog with some very nice ultra modern French infantry. The Blogger mentioned these figures were 3D prints and included a link to the site, which I now reproduce below
Boutique | JJG print 3D
After a visit and brief browse of the site, I knew I would like to purchase a few figures to see if they came out as well as the images (which were computer generated and not pictures of actual models) The price at 1.90 Euros per figure was also attractive, as 3D prints seem to be pretty expensive at the moment (I am sure that will change in the years to come!). Anyway, long story short, I purchased a group of WW2 Soviet figures from the very helpful proprietor, Jean-Jacques, and they arrived after around 4 weeks in transit from La Belle France.
(Regular readers will be unsurprised to learn these Soviet troops are all of the female variety!)
Here they are in no particular order - I have 21 I think in total but a few are duplicates or very close to duplicate so I have not photographed them twice. 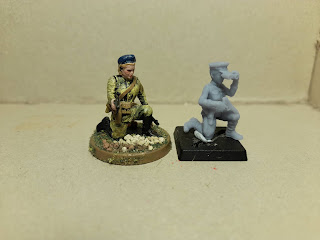 Officer with field glasses next to a Warlord hard plastic figure for comparison. To be honest, this is my least favourite of the bunch, it looks a bit too rigid - the rest are better, honest! 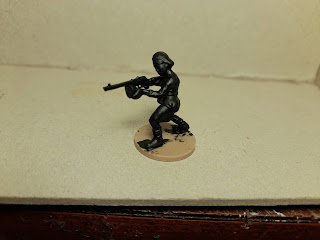 My sample test figure under coated.... 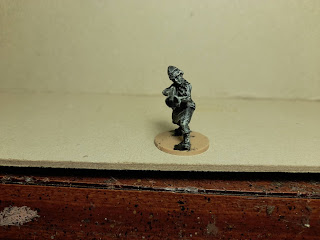 ... and with lighter paint dry brushed to show details 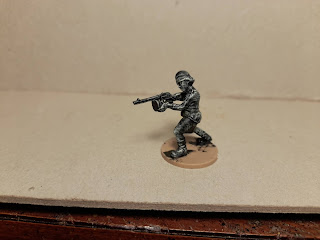 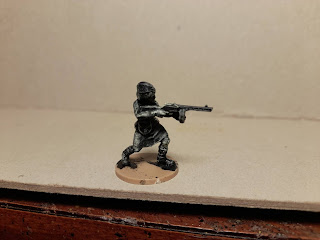 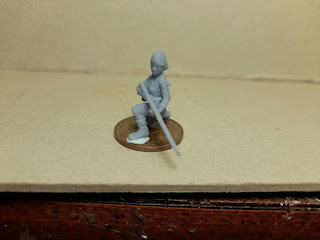 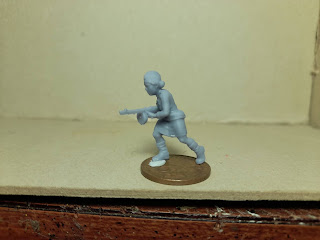 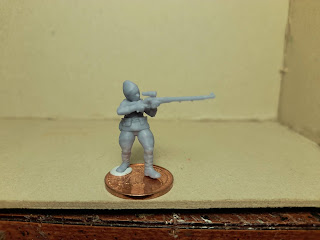 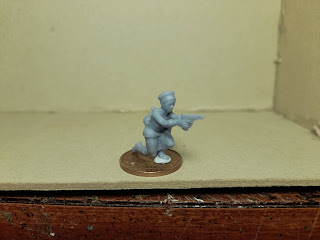 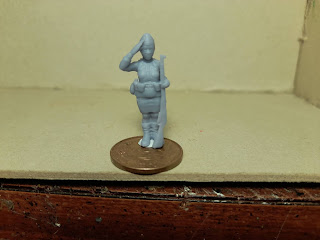 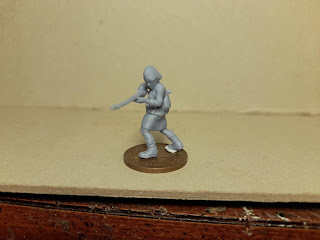 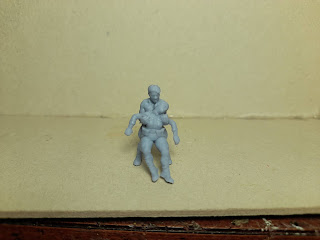 The only male figure - helping a wounded female soldier (or maybe she just had too much Stolichnya...) 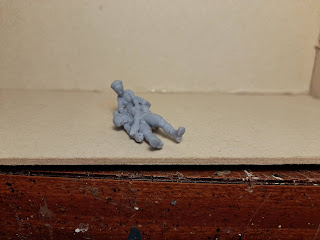 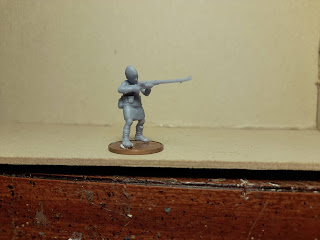 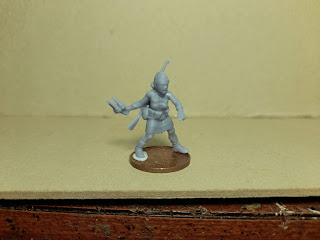 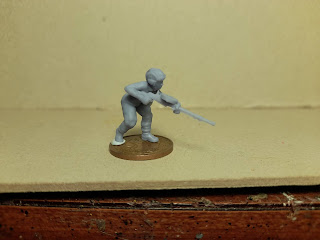 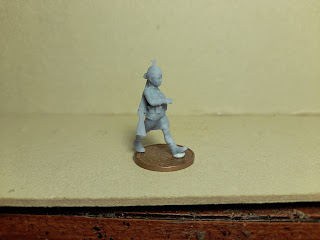 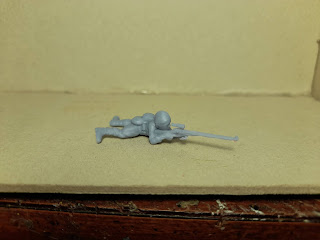 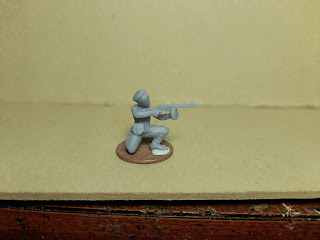 Medic (perhaps?) with SMG
I have started work on the trial figure so she is likely to turn up here in a day or two, as long as I make a decent job of her face - I am slightly concerned that the rather "soft" detail may make it too hard for me to bring out all the detail that is certainly present on these very nice figures. I recommend checking out the website, there are male figures there too(!) - amongst other things he has a range of about ten or fifteen bicycle mounted WW2 German infantry, all unique figures, which would look great as a bike mounted platoon in France, 1940.
Posted by rross at 21:03