This is my second unit of Warlord Chinese infantry for the current Pulp project. Unfortunately, the bunch of Tsuba figures I got recently only had two standard bearers, although four officers, so this group is "sans drapeau". The uniform is again imaginary although based on images from Osprey volumes on both the Chinese Civil War and the Chinese Warlord Armies.

I do have about the same number again of Tsuba figures remaining but I feel like I have painted enough of these for the meantime, so next up is likely to be either a War of 1812 Canadian Militia unit that has been languishing half painted on my desk for half the year, or perhaps a few more additions to the Border Reivers project. 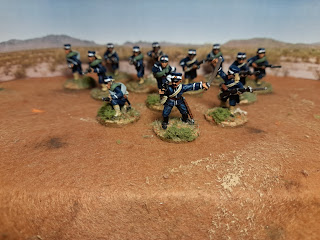 The full unit, officer leading from the front 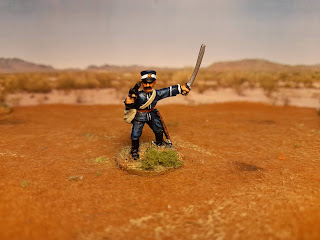 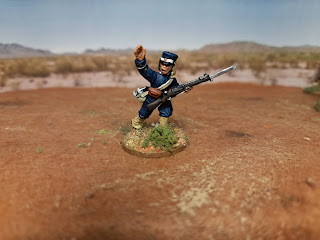 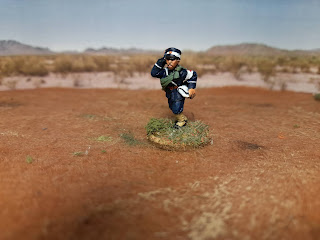 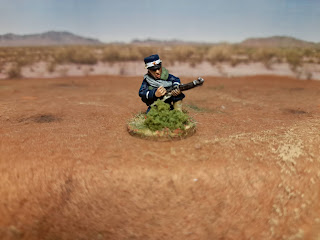 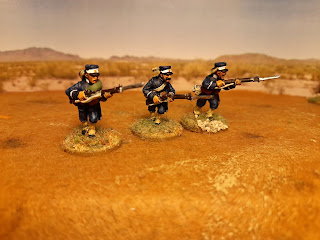 The privates I have grouped together in batches of three 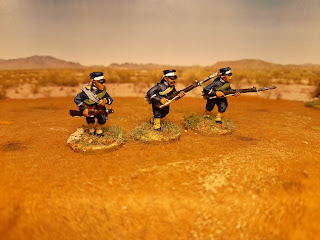 Each figure is a slightly different pose, which is great for a Pulp unit 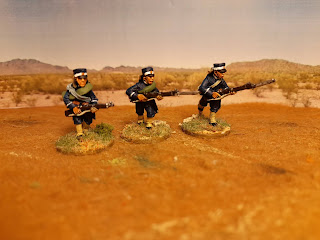 Lovely sculpts by Tsuba, they are a joy to paint!
Posted by rross at 20:49