"Those are Regulars, by God!"

This famous phrase was supposedly uttered by British Major General Phineas Riall at the Battle of Chippewa in 1814, after realising that the grey clad US troops of Andrew Jackson were not the half trained militia he had supposed them to be.

As such, its not entirely appropriate for my latest additions to the US 1812 collection, as these Regulars are in the more common dark blue faced red, but its a nice quote!

Only half of the 18 man unit has been completed but I felt in need of a post, so here they are. The remainder are underway and hopefully will be completed in a couple of days time.

The Old Glory officers pose is a bit OTT but has a certain charm I think!

The marching figures are in three or four poses, with head variants

Rear view showing the "US" on the haversacks

Inspiration for these figures came from the excellent War of 1812 blog and the numerous uniform plates available there, a very few of which are shown below: 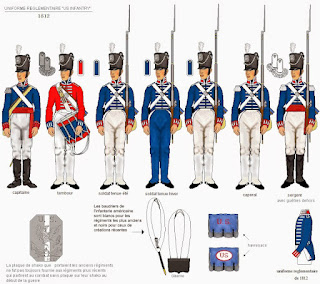 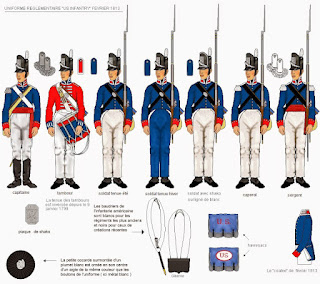 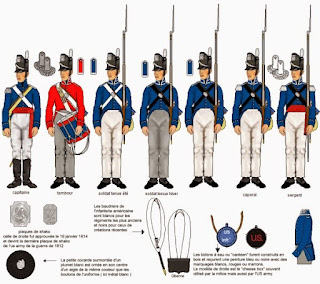