These are the last of the STP order I received a couple of months back, two HMG crews to add some fire power in all those "1914" scenarios on the horizon....one crew moving forward hauling the heavy weapon between them, the other prone and letting rip at the reactionary enemies of the people! 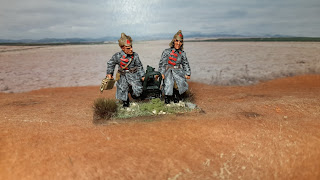 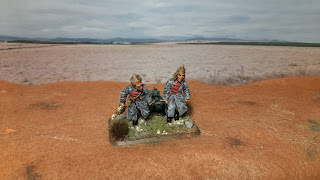 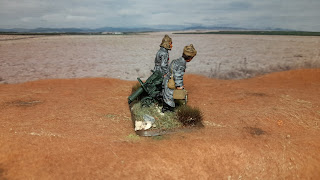 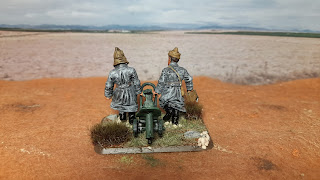 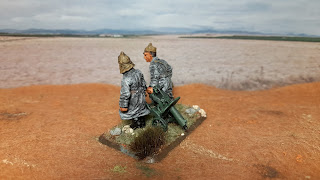 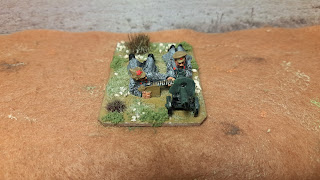 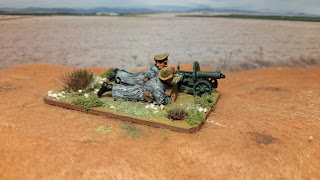 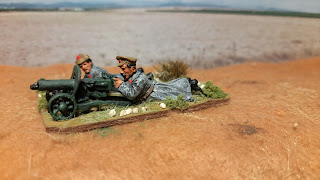 These figures have some nice animation and the folds/creases in their greatcoats are very nicely done. Hands and faces are not quite as nice as Mark Copplestones or the recently arrived Brigade Games figures, but they will certainly do the job and its nice to have a bit of variety - not to mention, having some ACTUAL Russian figures in a Russian army is pretty cool!
Thanks for dropping in for a look and I will be extra grateful if you leave a comment!
Posted by rross at 17:39