Some "Moor" Painted SCW - with acknowledgement to J Freitag, Esq

This is Jon's pun from my previous post about completed Nationalist Moroccan infantry, hence the acknowledgement above!

Not a lot else to say really - I think this is all the Minairons SCW completed now, bar some artillery and mortar crews. I impressed myself with my discipline, continuing to paint these guys when I was itching to have a look at the recently arrived figures from Brigade Games! Now they are done though, I think a change in era and scale is on the cards for a bit 😁

Desert appropriate uniform with red Cummer band, blue/grey puttees and either white turban or red fez as headgear. Equipment as per most of the other regulars of both sides - brown boots and red/brown leather webbing and ammo pouches 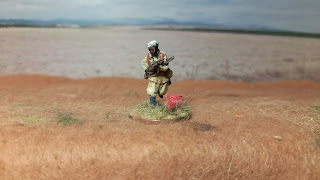 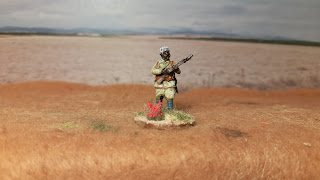 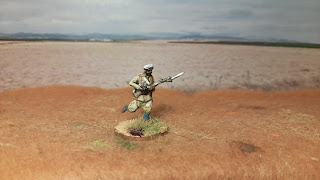 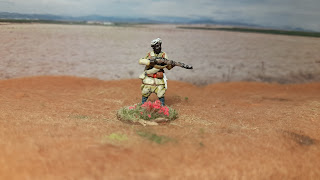 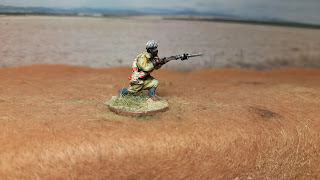 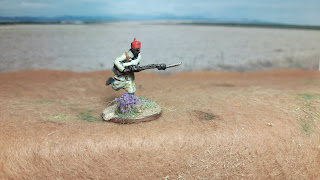 The first six together as a group 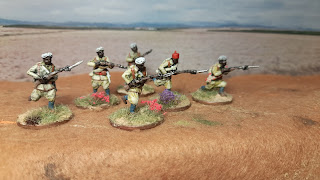 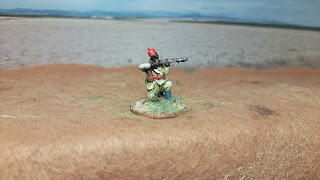 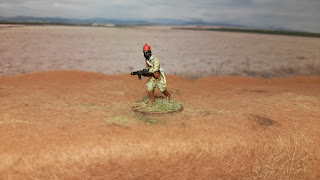 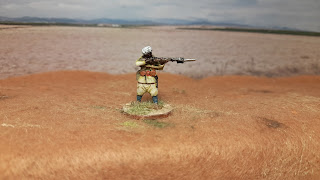 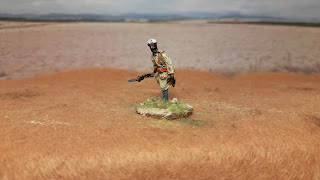 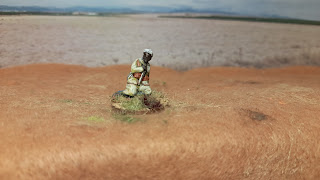 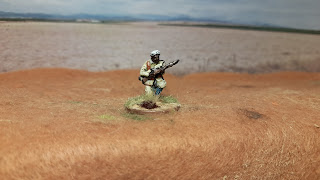 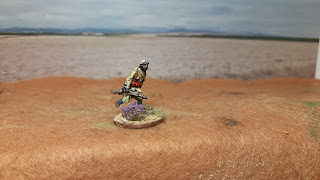 And the second batch together 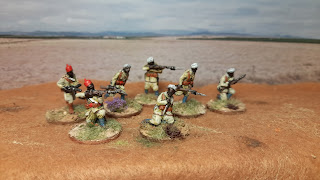 The Fuerzas Regulares Indígenas ("Indigenous Regular Forces"), known simply as the Regulares (Regulars), were volunteer infantry units of the Spanish Army, largely recruited in the cities of Ceuta and Melilla. Consisting of indigenous infantry and cavalry recruited in Spanish Morocco, forming part of the Army of Africa and officered by Spaniards, these troops played a significant role in the Spanish Civil War (1936–1939).

In 1936 the Spanish "Army of Africa" (totaling 30,000 in the Legion and Moroccan Regulares regiments) formed part of the rebellion led by General Franco against the Republican Government in Madrid. In the crucial initial phase of the Spanish Civil War, the rebels were able to airlift a significant number of Moroccan troops plus legionnaires across the Straits of Gibraltar, with German and Italian assistance, in order to become the shock troops of the Nationalist armies. The professionalism and brutality of the Army of Africa played a major part in early Nationalist successes. As the war continued five more grupos of Regulares infantry were raised plus two of cavalry (the 1st Cavalry Group based in Teutan and the 2nd Cavalry Group in Melilla).

The Regulares with their experience of North African warfare proved to be excellent combatants in the open countryside while advancing from Seville to Madrid during August - November 1936. However, they subsequently proved less adept at street fighting in unfamiliar urban environments. With the raising of substantial Nationalist forces in mainland Spain the role of the Regulares diminished but they retained a key function as shock troops until the end of the Civil War. Conspicuous in Franco's victory parade in Madrid in 1939, the Regulares were the most decorated units of the Nationalist forces. The numbers of the Army of Africa doubled in the course of the war to about 60,000.